Your Private Forth Valley Tour

One Day Forth Valley Trip to Linlithgow Palace and the Kelpies

This is an example of an itinerary for a private tour in Scotland. Let us know what you would like to add or take away from the day, and we will endeavour to create your dream day in Scotland.

One Day Forth Valley Trip

Tour Departures
From your accommodation anywhere in Scotland

Tour Costs
£800 for tour and transport, for exclusive use of our bus for you and your friends or family.
Our bus can accommodate 16 passengers.

For the start of this Forth Valley tour, we will pick you up at your accommodation, where you will board our luxury 16-seater mini-coach.

We are heading first to Falkirk, where two stunning 30-metre high horse heads loom over the M9. These are the Kelpies, designed by local sculptor Andy Scott. The breath taking sculptures are the largest equine sculptures in the world, and celebrate both the Celtic water horses of Scottish myth, and the draught horses that powered Scotland’s industrial and agricultural past. Opened only in April 2014, the Kelpies have quickly become a major, award-winning Scottish tourist attraction.

They form the gateway to a new extension of the Forth Clyde Canal, and are the keystone in a major land transformation project known as the Helix.

A magnificent former seat of Scottish royalty, Linlithgow Palace is just a short drive from the Falkirk Wheel and has a commanding view over Linlithgow Loch, a haven for migratory birds. A royal home rather than a fortress, this castle was the birthplace of Mary Queen of Scots and gives us some insight into the domestic comforts of Scotland’s royal families. The castle remains a busy and thriving centre, holding annual jousting, arts performances, and summer ceilidhs.

We will return to our mini-coach and continue our tour by heading to South Queensferry. Here, we’ll have a chance to stop to marvel at the engineering feat of the Forth Railway Bridge, completed in 1890, and its younger counterpart, the Forth Road Bridge, opened in 1964. Contrasting in design but equal in appeal, these two iconic and celebrated bridges are soon to be joined by a third, the Queensferry Crossing, on track for completion in 2016. Rivalling the grandeur of San Francisco’s Golden Gate Bridge, these bridges offer some great photo opportunities, whatever the weather.

Next stop on our tour is Culross in Fife, which Outlander fans might just recognise as Cranesmuir, home to Geillis Duncan and her husband Arthur in the hit TV series. This attractive rural town provides a near perfect snapshot of comfortable 17th and 18th century living in Scotland, its cobbled streets lined with beautifully maintained buildings and townhouses.

From the tranquillity of Culross we will drive headlong into the drama, noise and bloodshed of the Battle of Bannockburn tour. Be Robert the Bruce for a day as you pitch your armies against Edward II in the centre’s state-of-the-art 3D combat experience. This is hands-on history at its best, and will illuminate Scotland’s most pivotal battle in a way you never thought possible.

This was the last stop of the tour and we will now take you back to your accommodation. 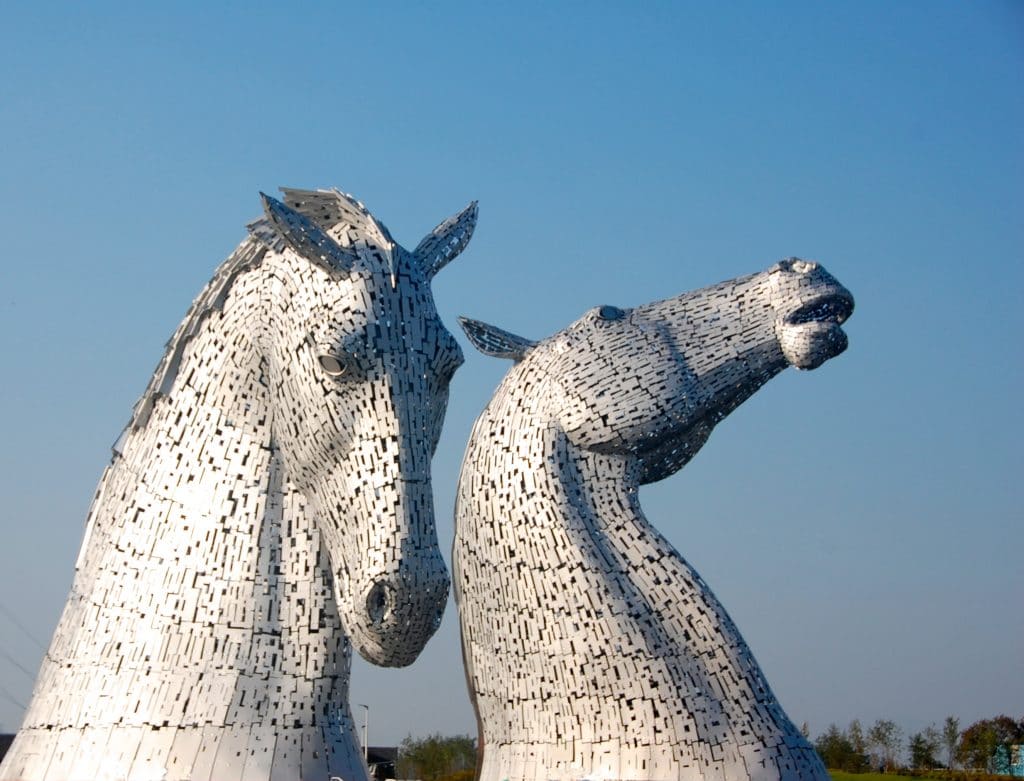